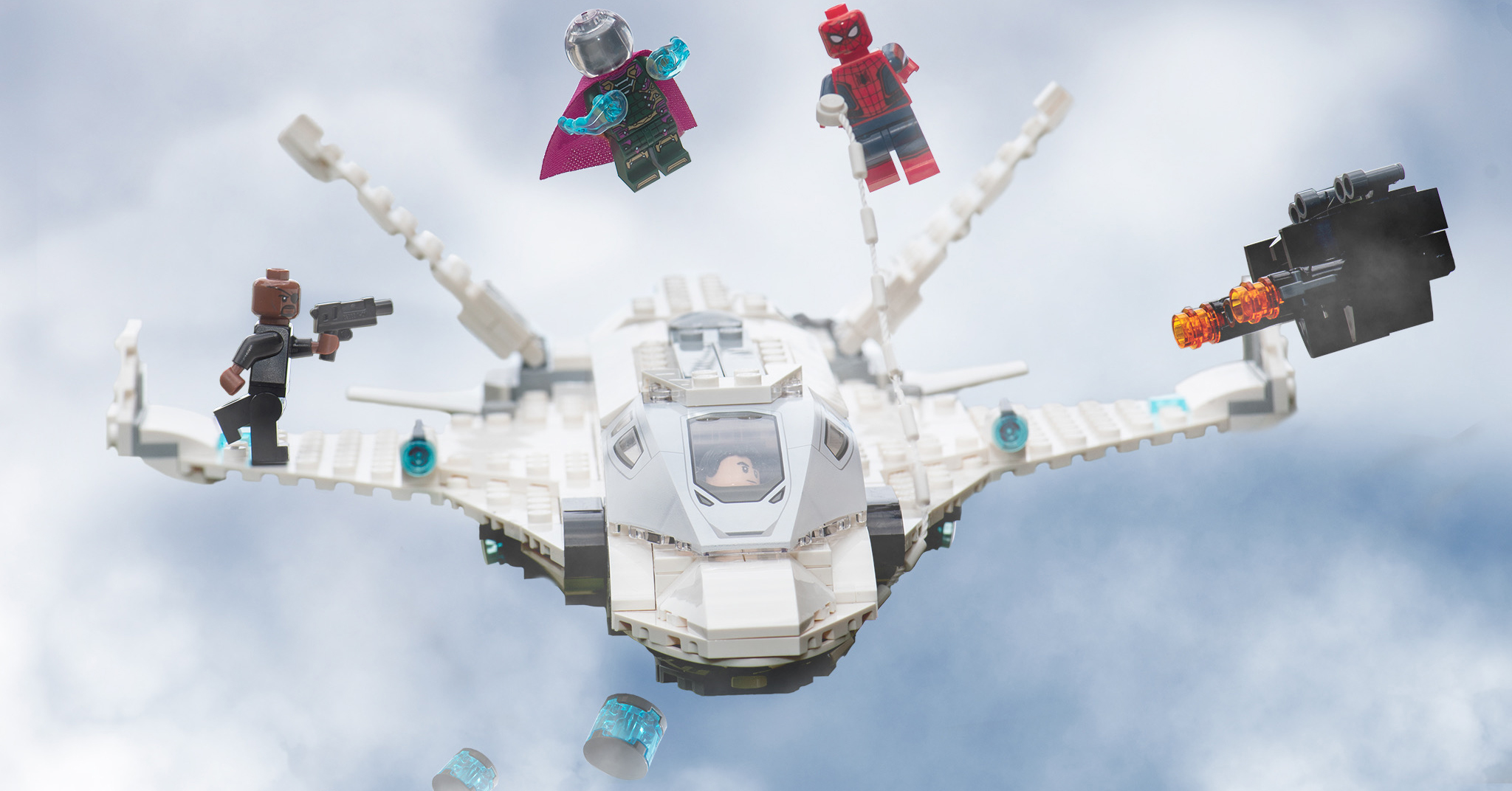 Spider-Man Far From Home  is one of my favorite movies, so the Stark Jet and the Drone Attack LEGO set (76130) was calling for me to build it and it did not disappoint. 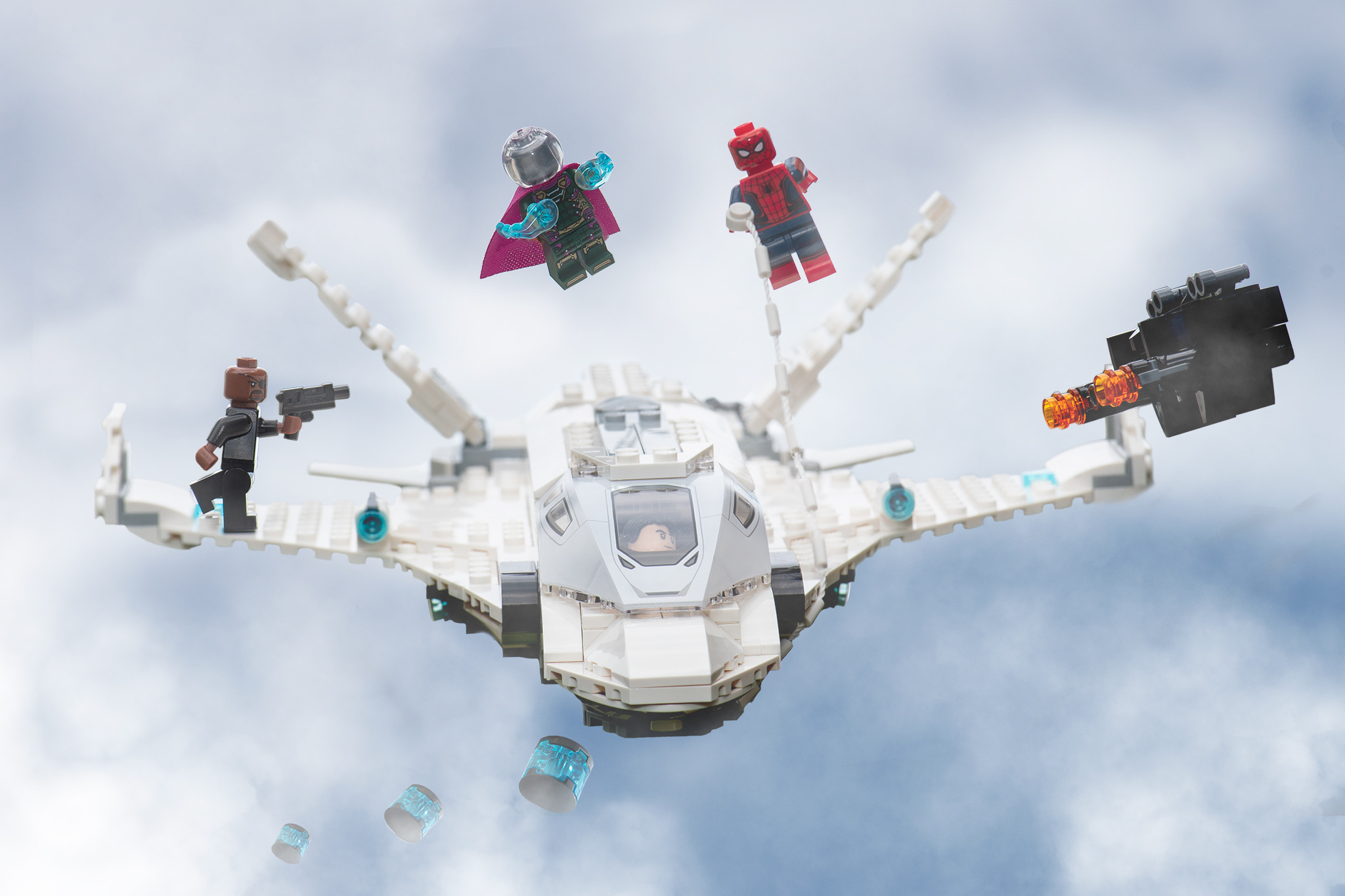 The Samuel L. Jackson…I mean Nick Fury mini-figure is worth the set alone in my opinion. No Brad Davis or Ned mini figures, which is fine. But a secondary face for Peter and Quinton would have opened up the photo and entertainment options. The LEGO mini figures were great in this set. 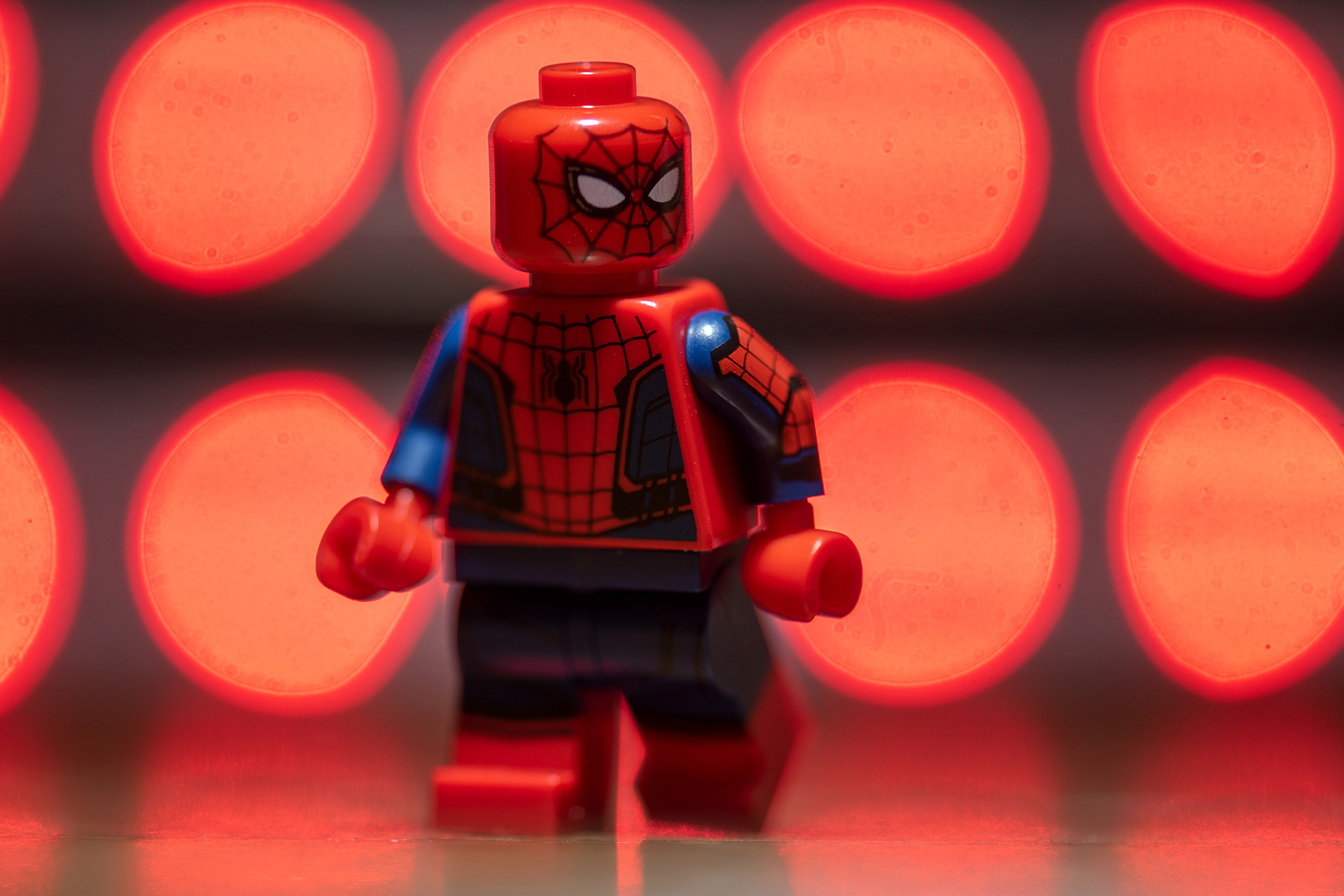 “Please, do not start calling it my Peter-tingle.” – Peter Parker/Spider-Man 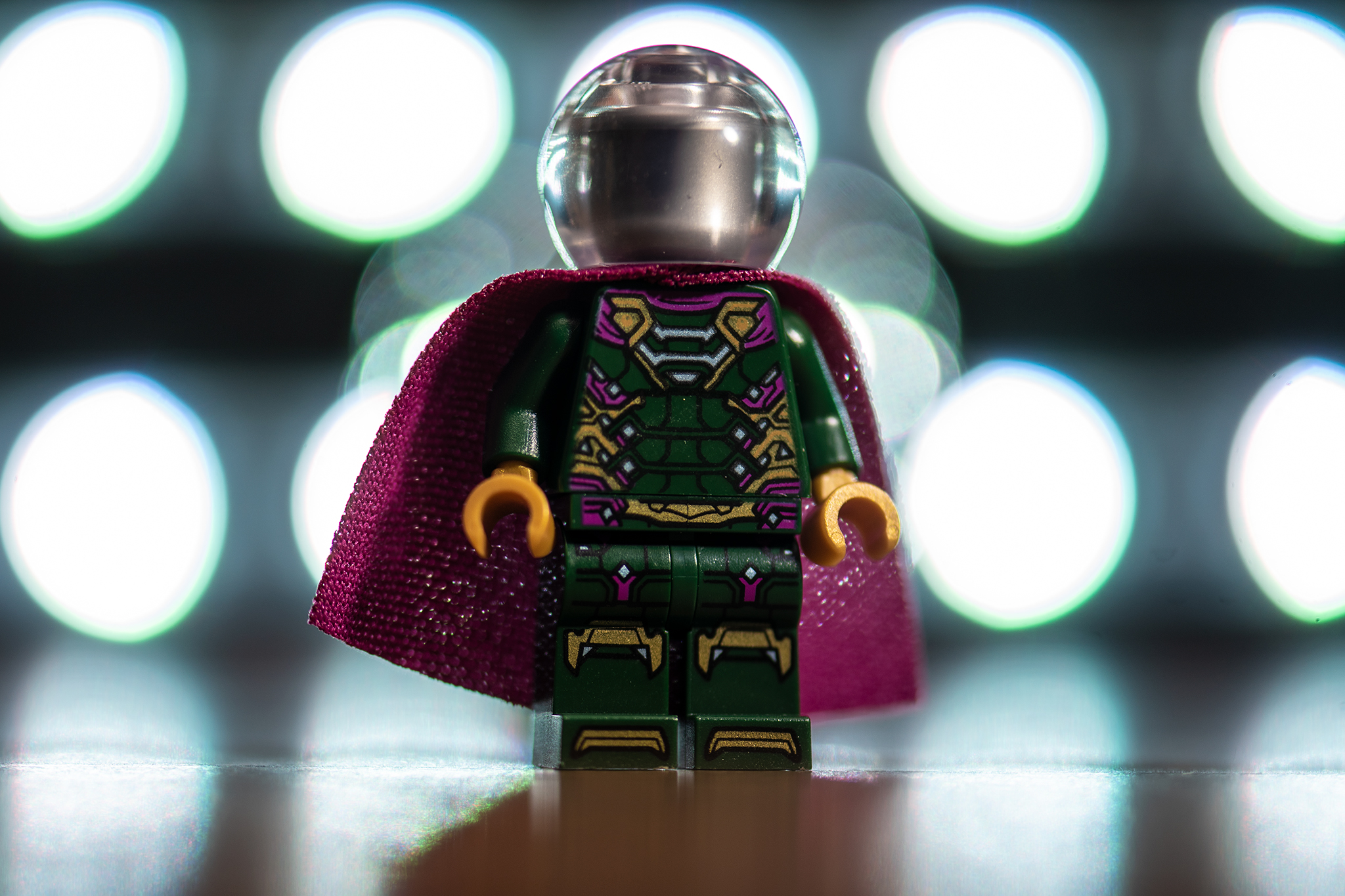 “Don’t ever apologize for being the smartest one in the room.” – Quentin Beck/Mysterio 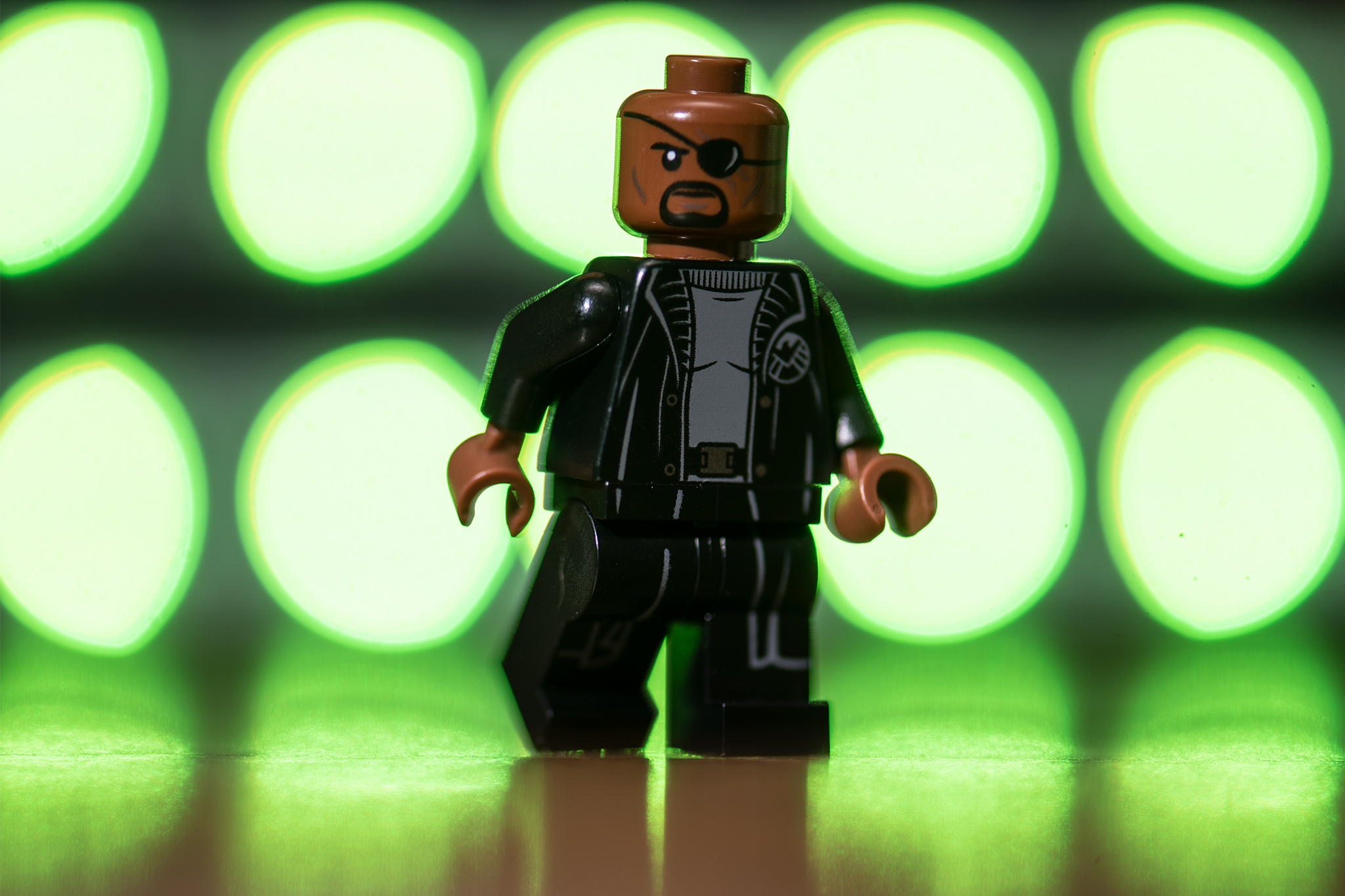 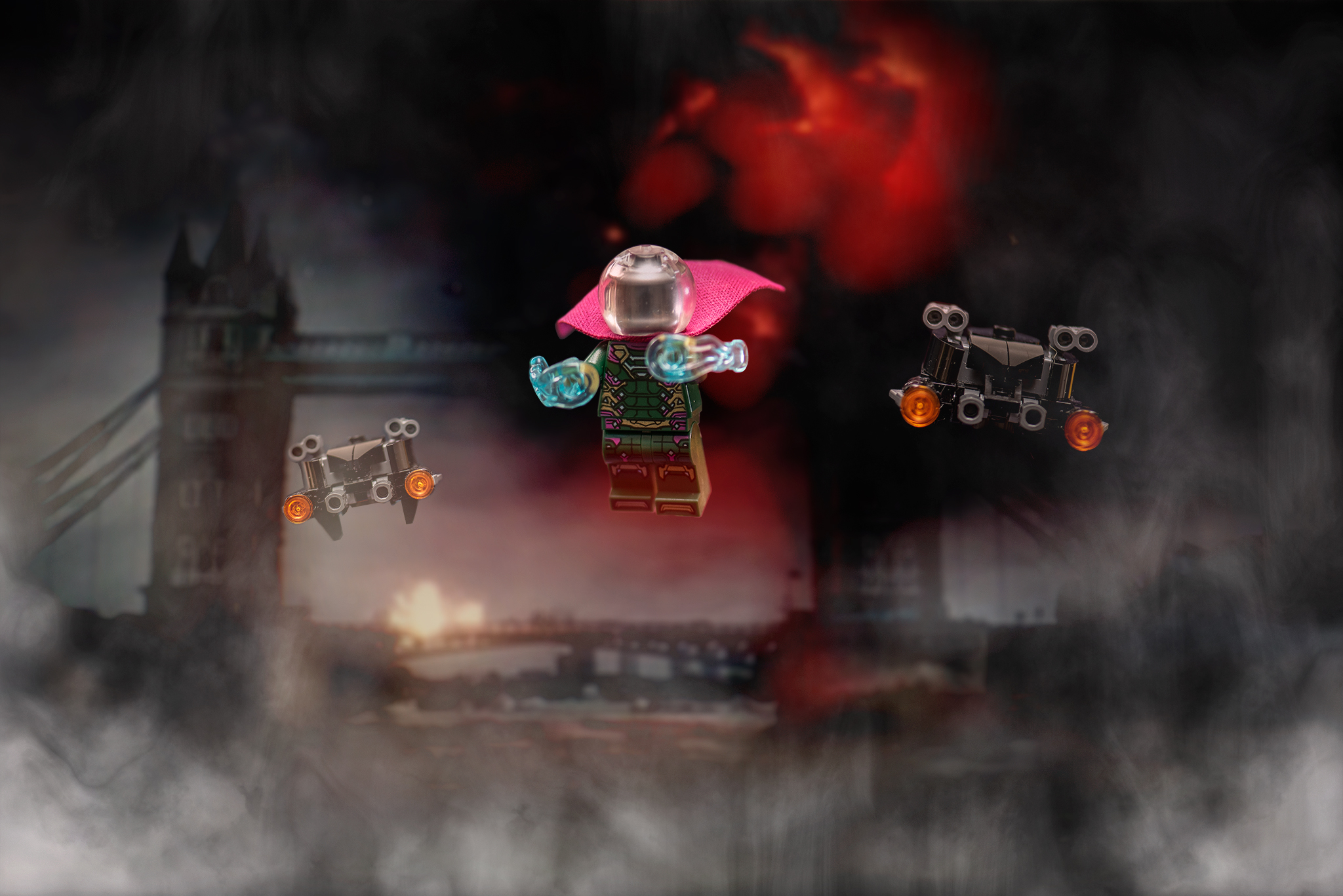 The drones used buy Mysterio and his crew were a nice addition to go along with the set here also. One of my favorite scenes of the movie was when Spider-Man dropped into Mysterio’s illusion and started taking down the drones. 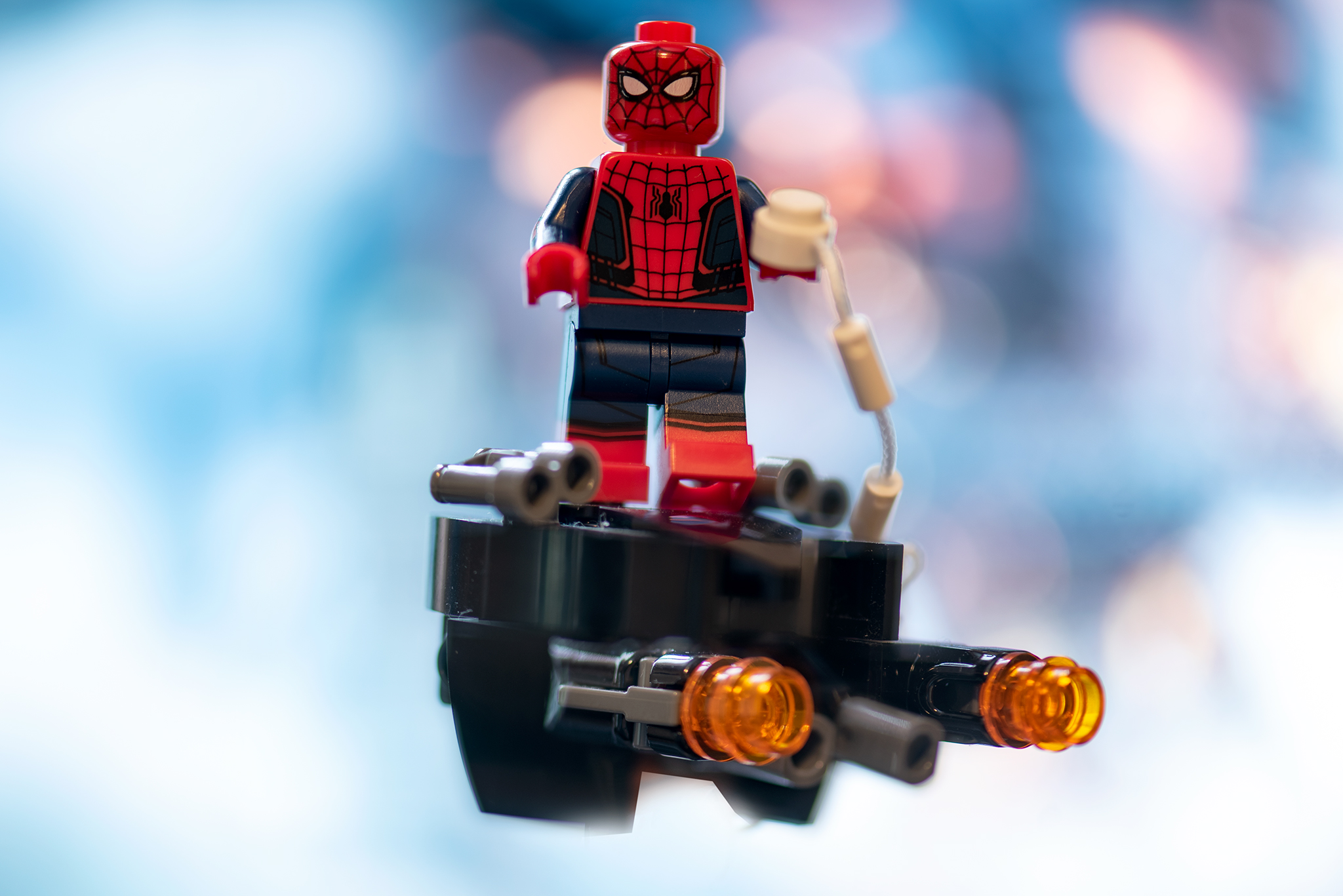 This is the biggest LEGO set I have ever built and had a great time putting it together. The cockpit has plenty of space to get Nick Fury, Happy and Spider-Man inside with a bit of leftover space for webbing and weapons. 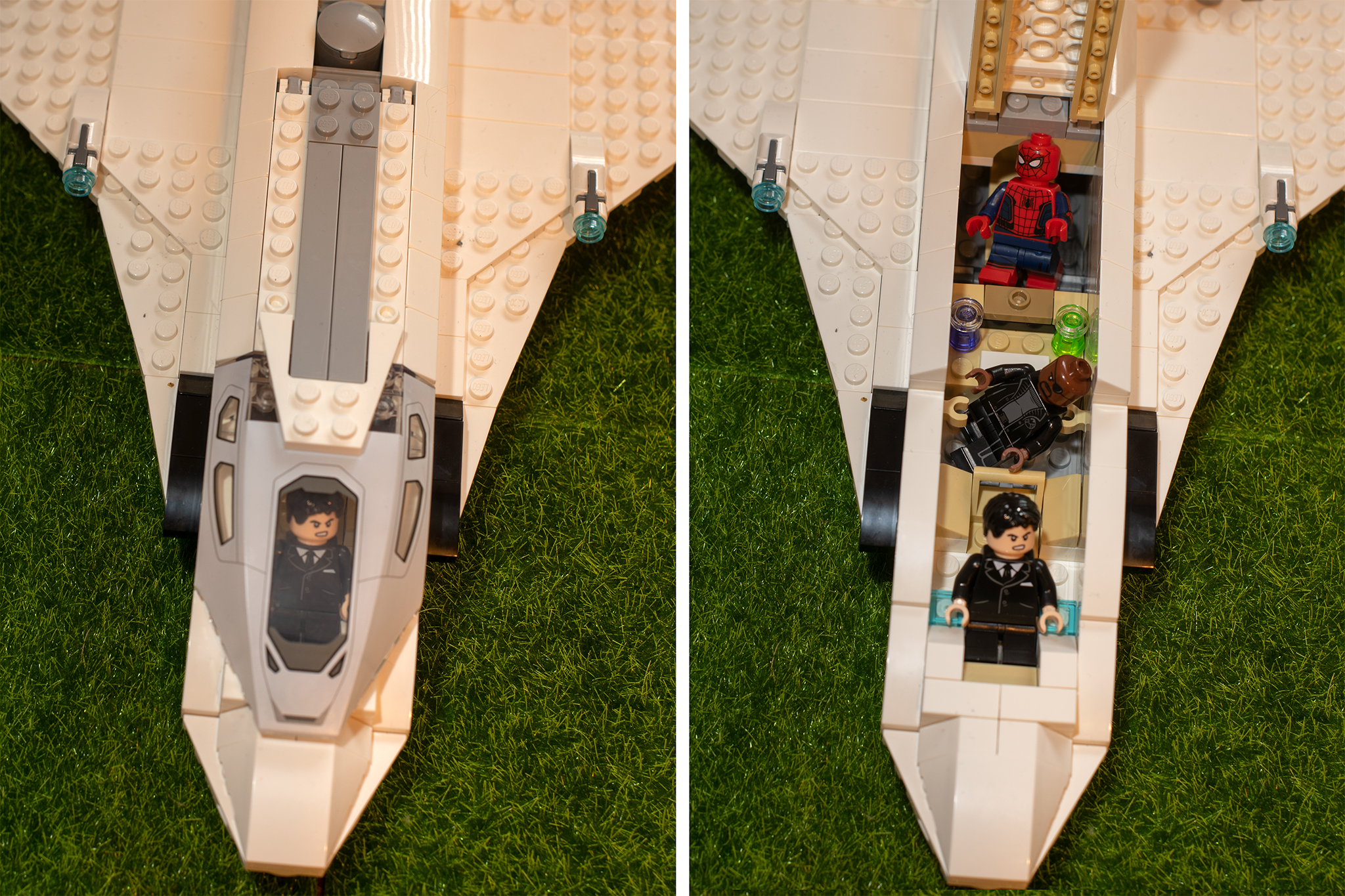 There’s also a second compartment in the back of the jet to store some bombs that came with the set or other stuff if you like. 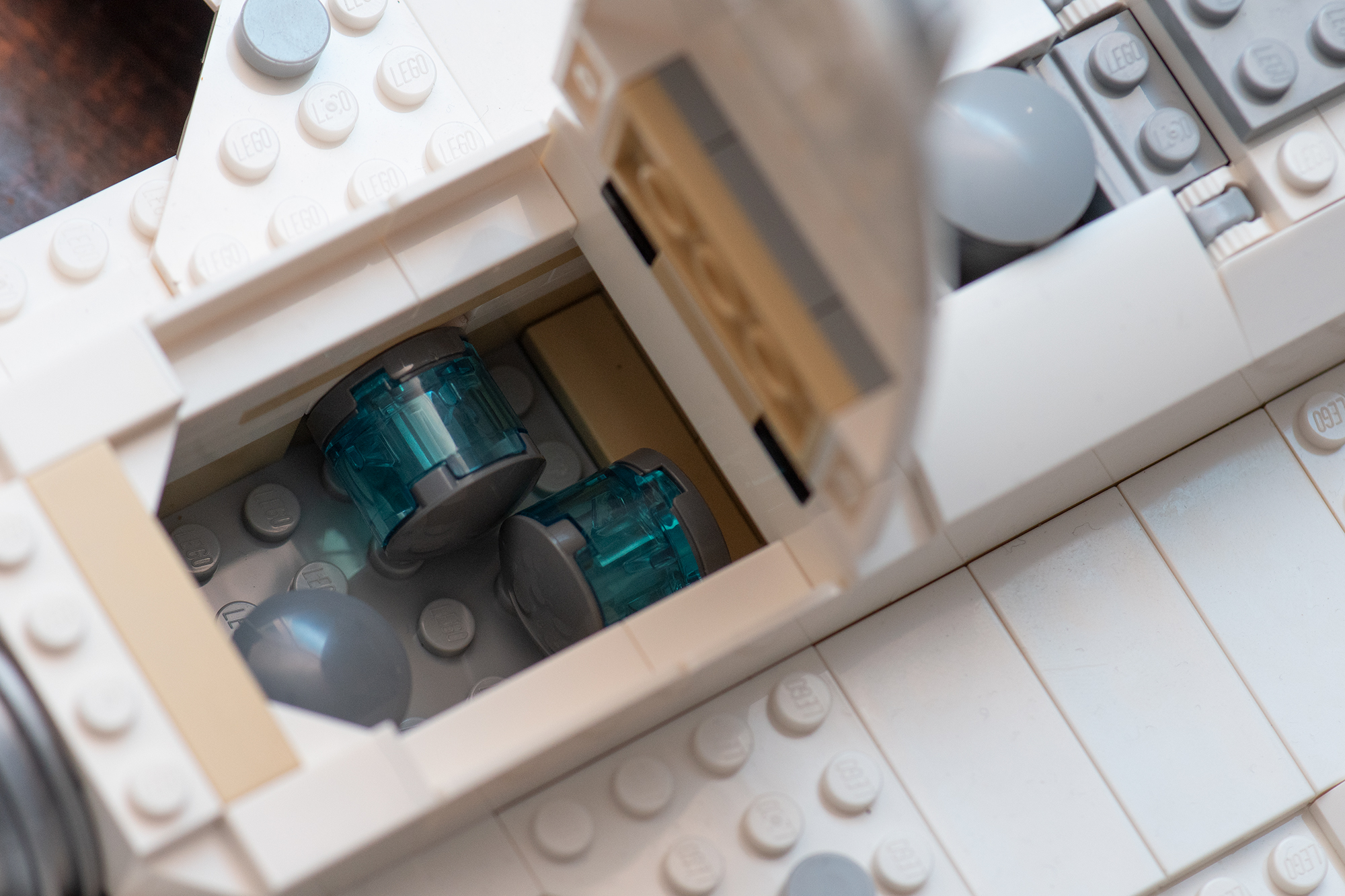 One cool thing about Tony Stark’s jet in this set is the compartment that allows Spider-Man to drop out the bottom or to release the bombs that come with the set. 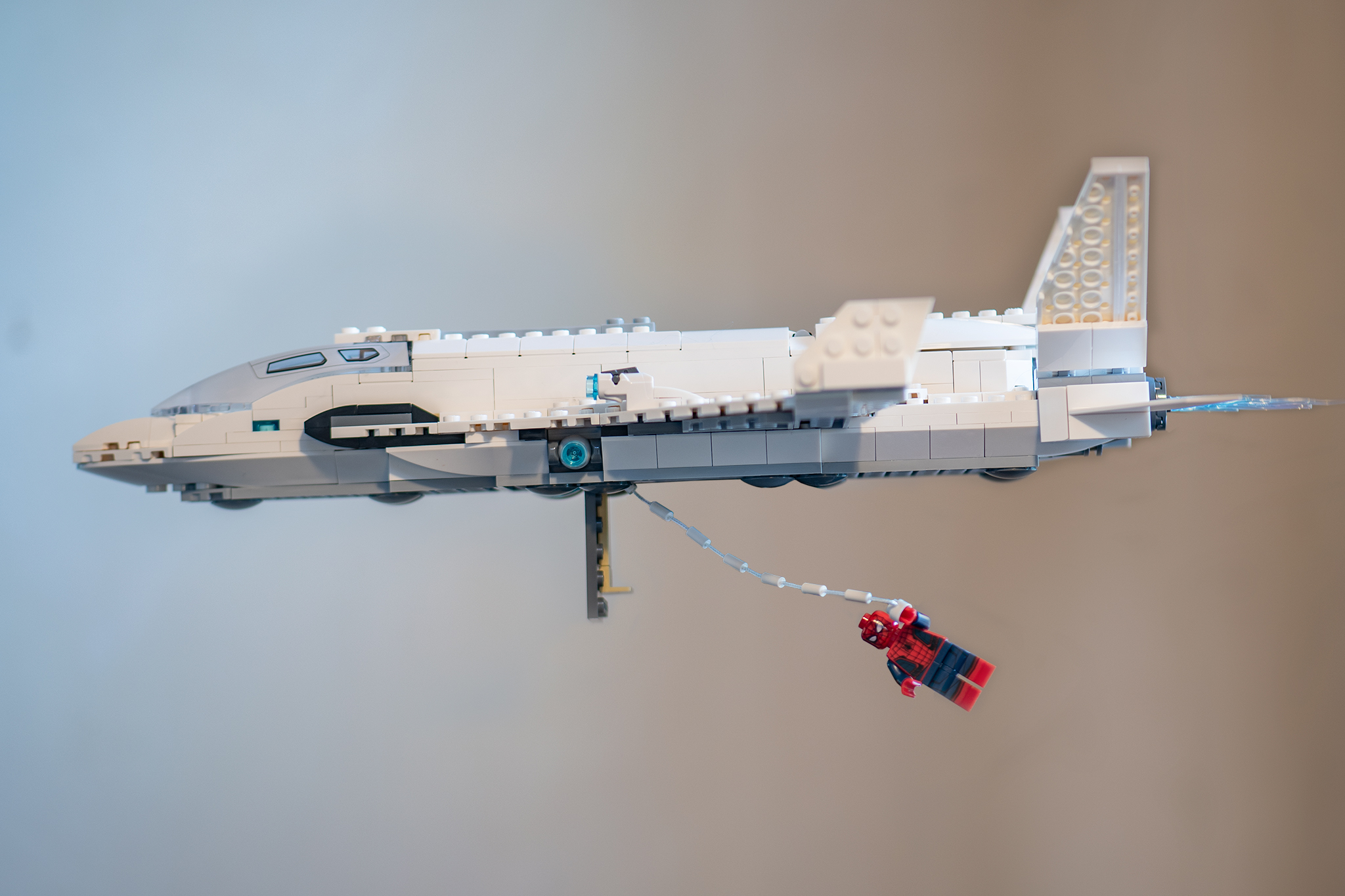 I loved the little details in this set that helped it all come to life like the flames coming from Stark’s Jet in the back as well. 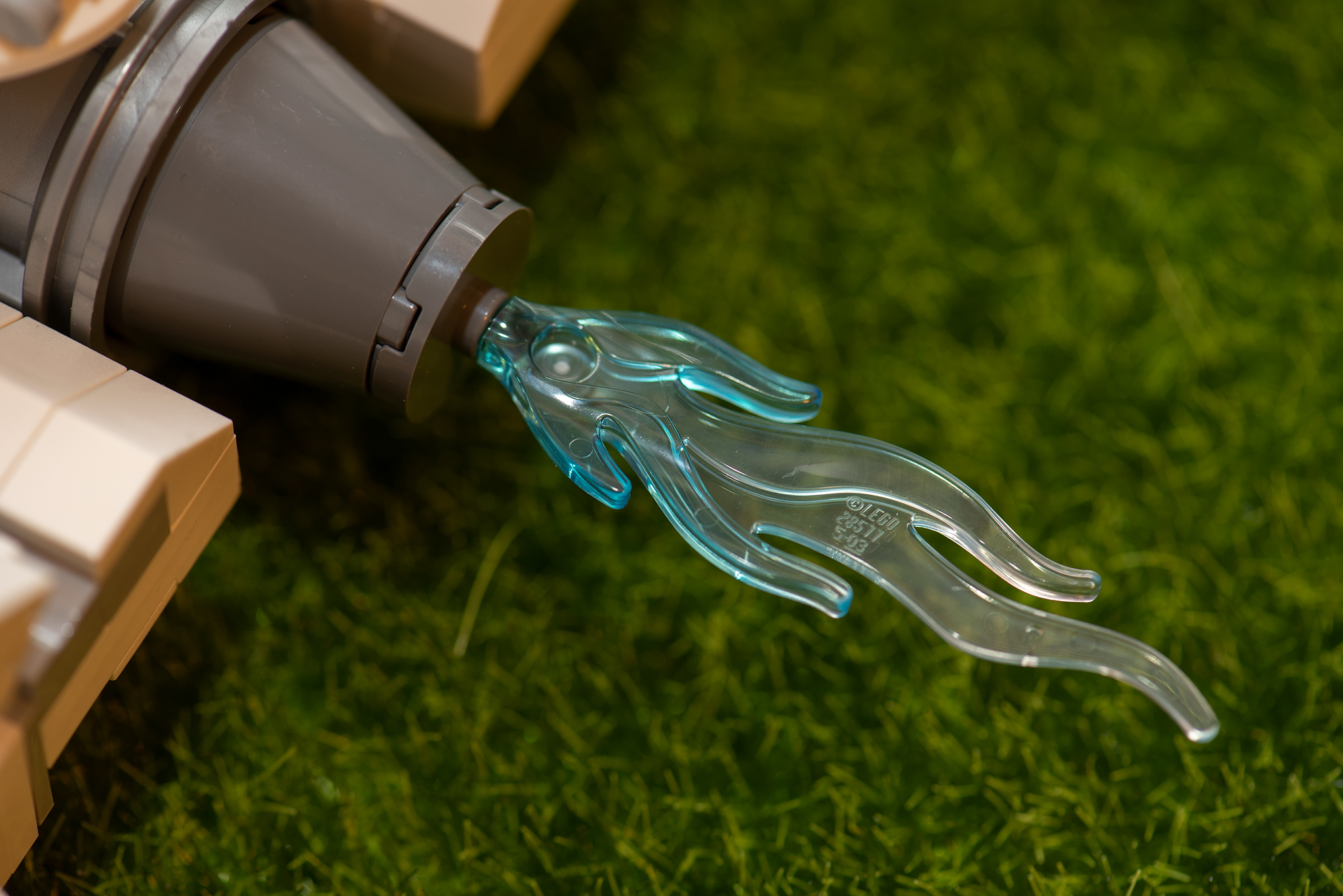 It was a lot of fun to recreate some scenes from the movie as well like when Spider-Man was about to drop in to battle while hanging on the Stark Jet and calmly says to Happy “Hey Happy! We need to have a serious conversation about you and my aunt.” If you are a Spider-Man fan like me you will love this set. 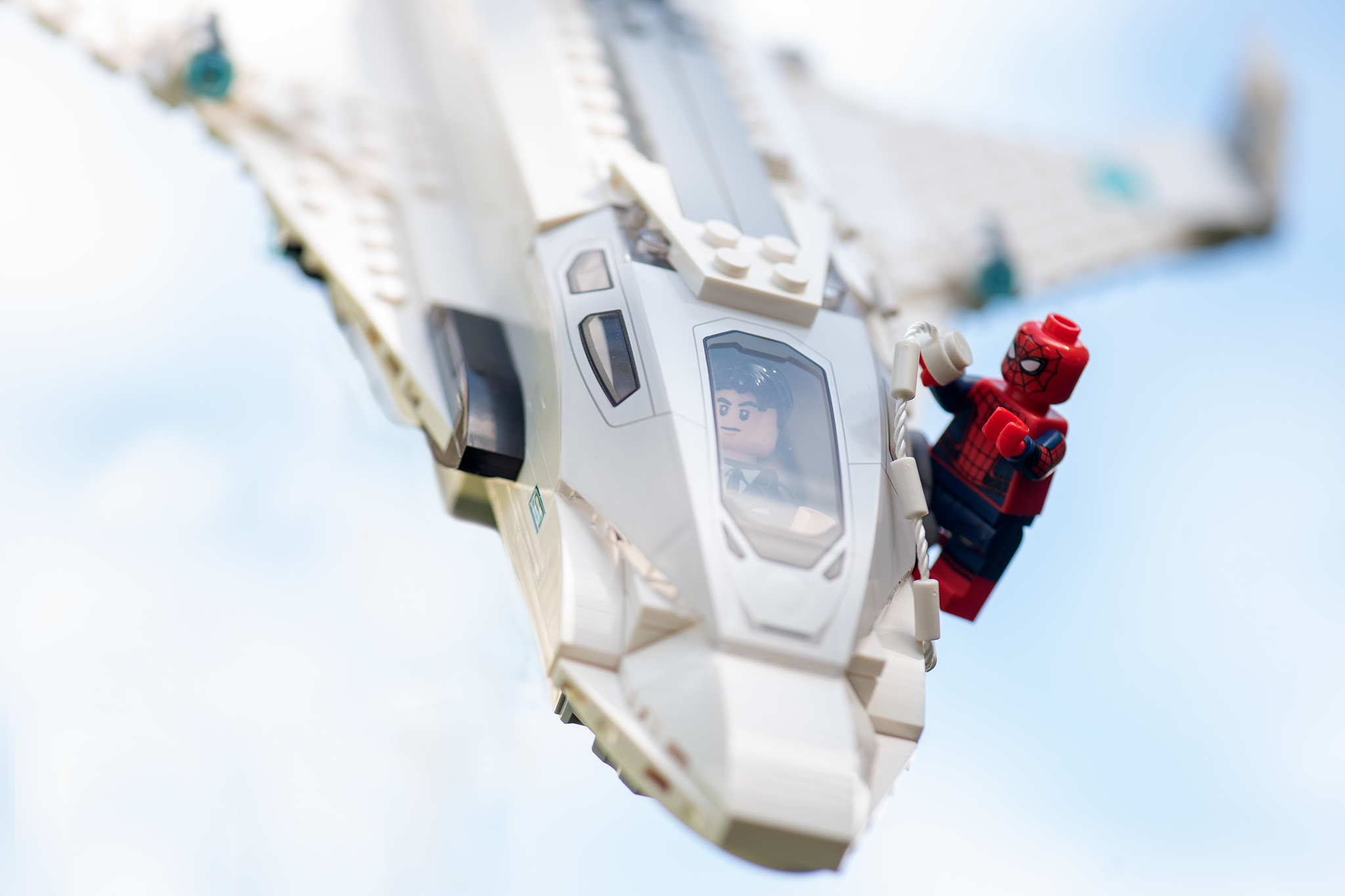 On that note, I hope you enjoyed the photos and review! 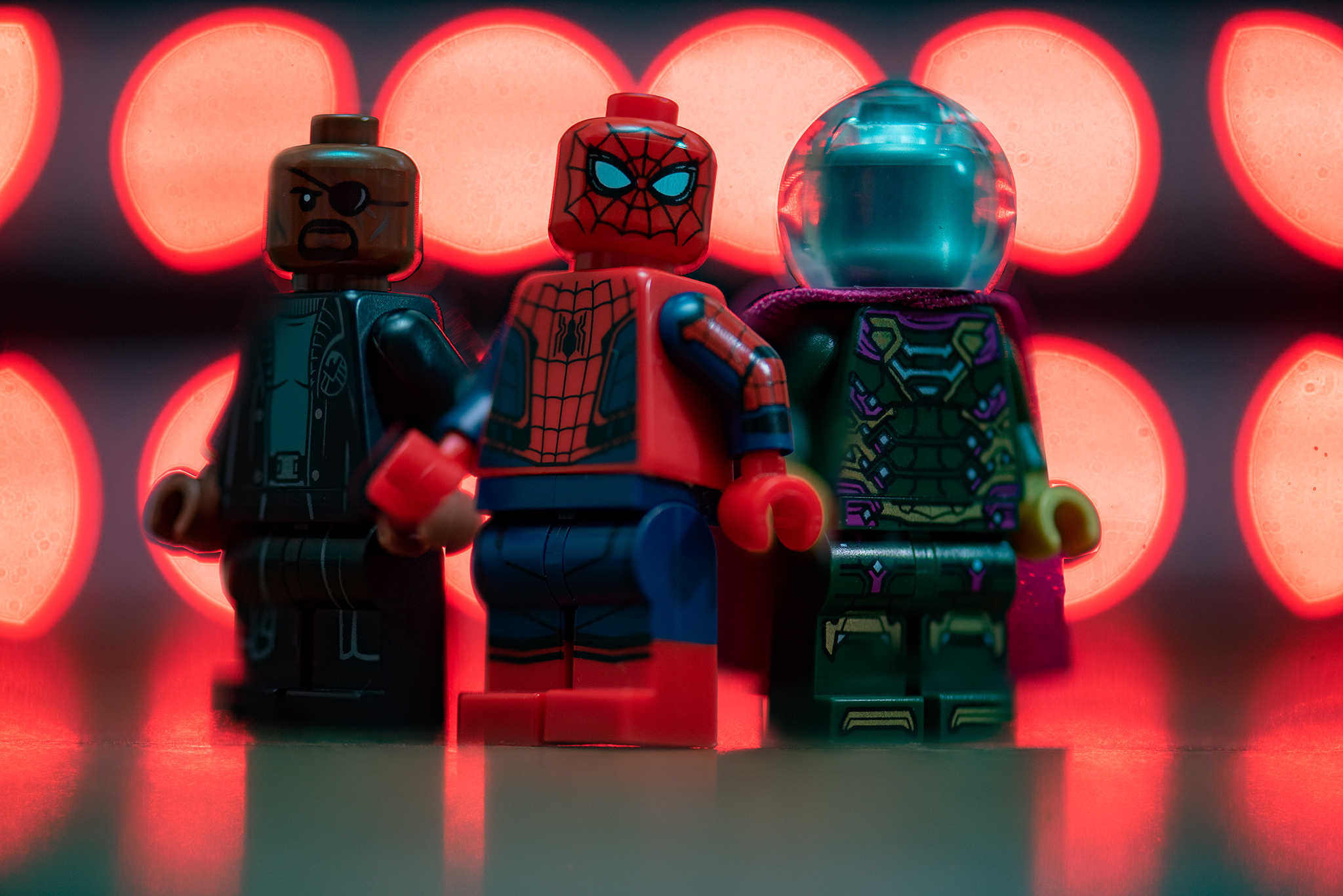