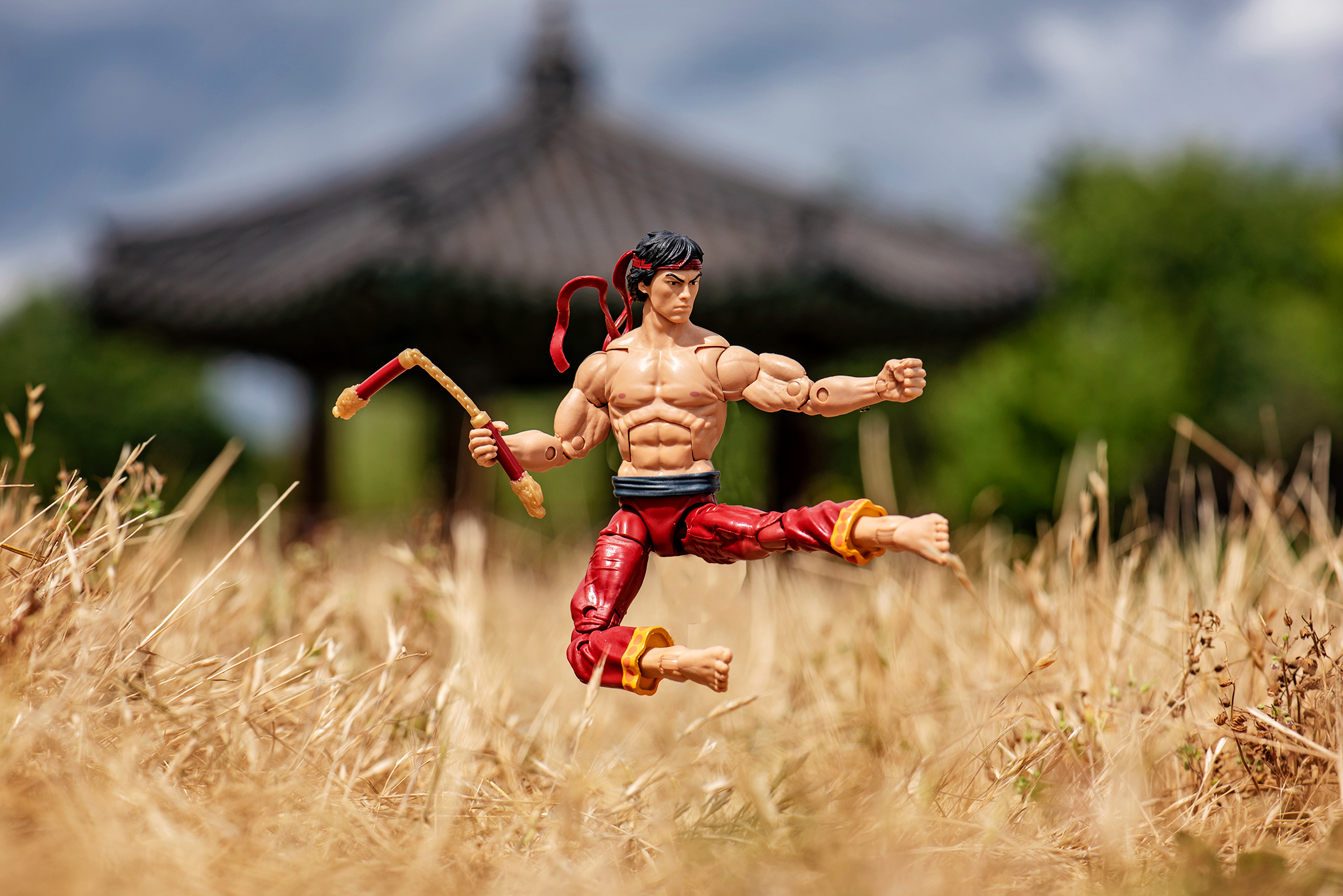 I dabble in martial arts, practicing Tai Chi daily, own chuckukas, and love all things Kung Fu. That being said, I am a fan of Marvel’s Shang-Chi. I recently got the Marvel Legends 6-inch action figure from Entertainment Earth and decided to dive in to see what he is capable of. The action figure is highly posable that makes for some amazing flying kick photo options. The multiple hands that come with this action figure increase the options for different types of poses. Also, this toy make me feel really guilty about my lack of abs. Shang-Chi also inspires me to work on my chuckukas (I really own chuckukas and am not good at them at all). Did I mention the articulation is great for flying kicks? Overall, I really like this action figure and all the options that come with it. Order your own Marvel Legends 6-inch Shang Chi Action Figure and save 10% off with the code “ToyPhotos”. All money from affiliate sales goes back to the Toy Photographers team to pay for web hosting, improve the website and pay content creators. We get a percentage of anything you order from THIS LINK and appreciate you even considering it. 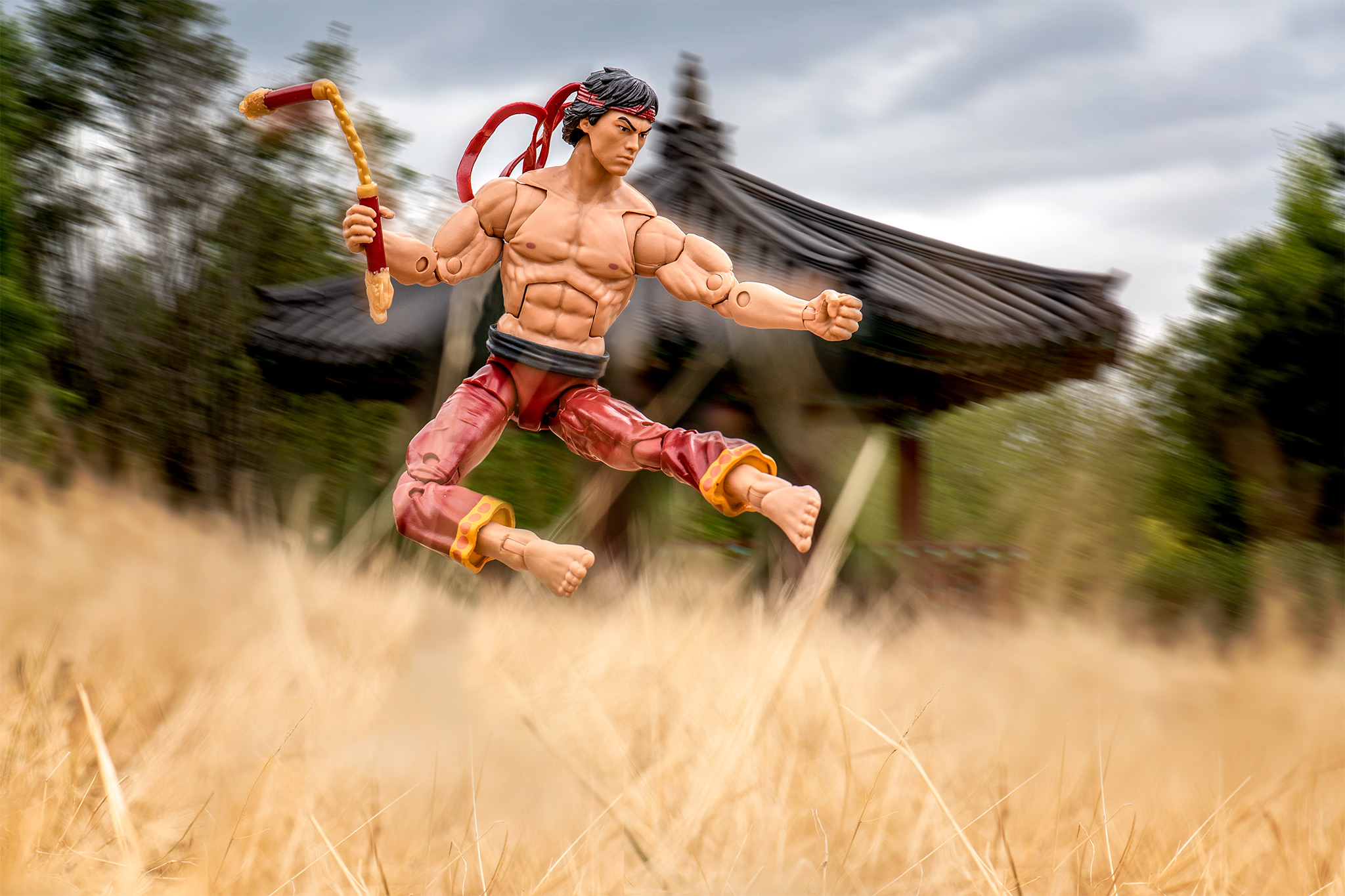 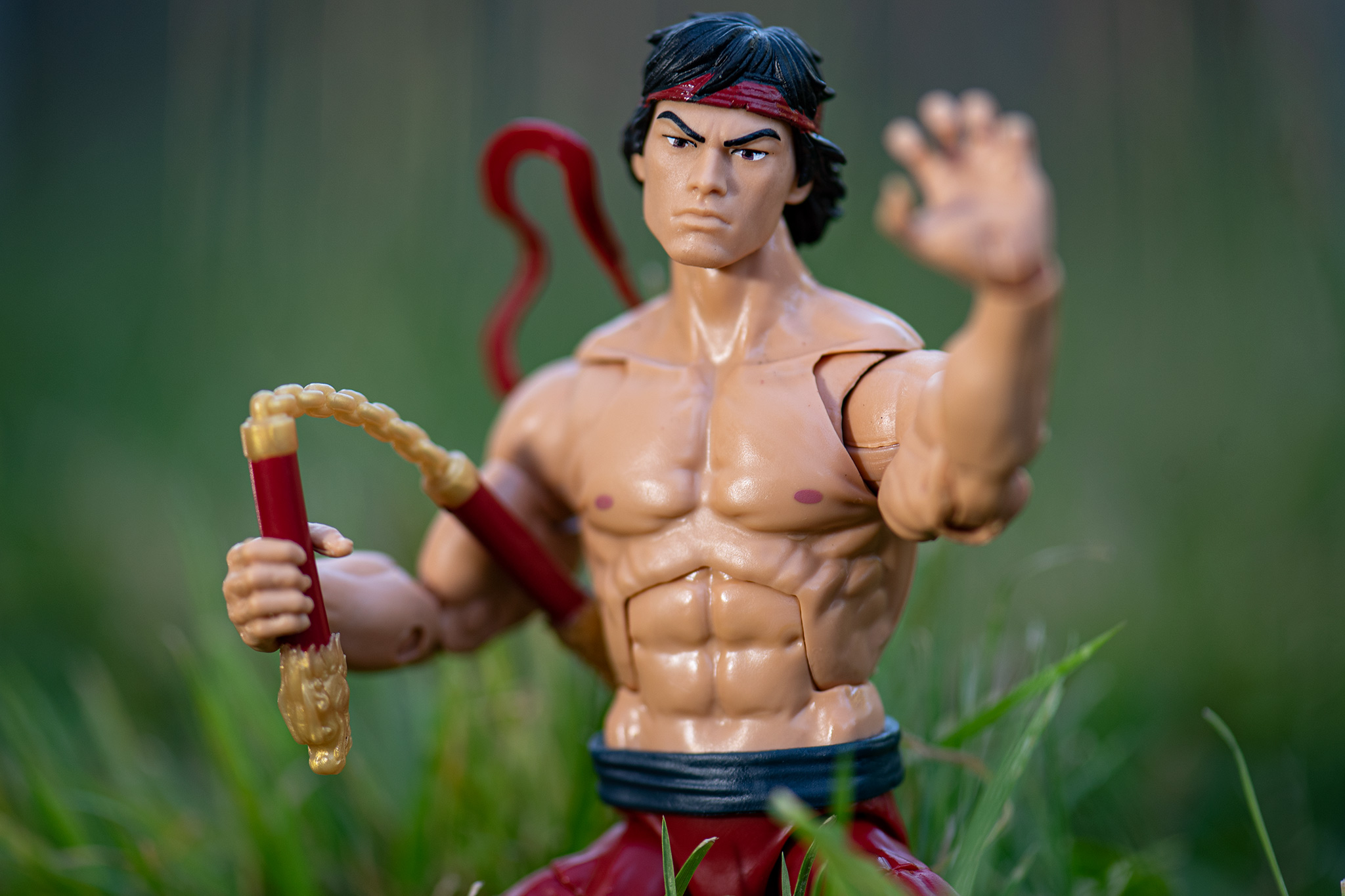 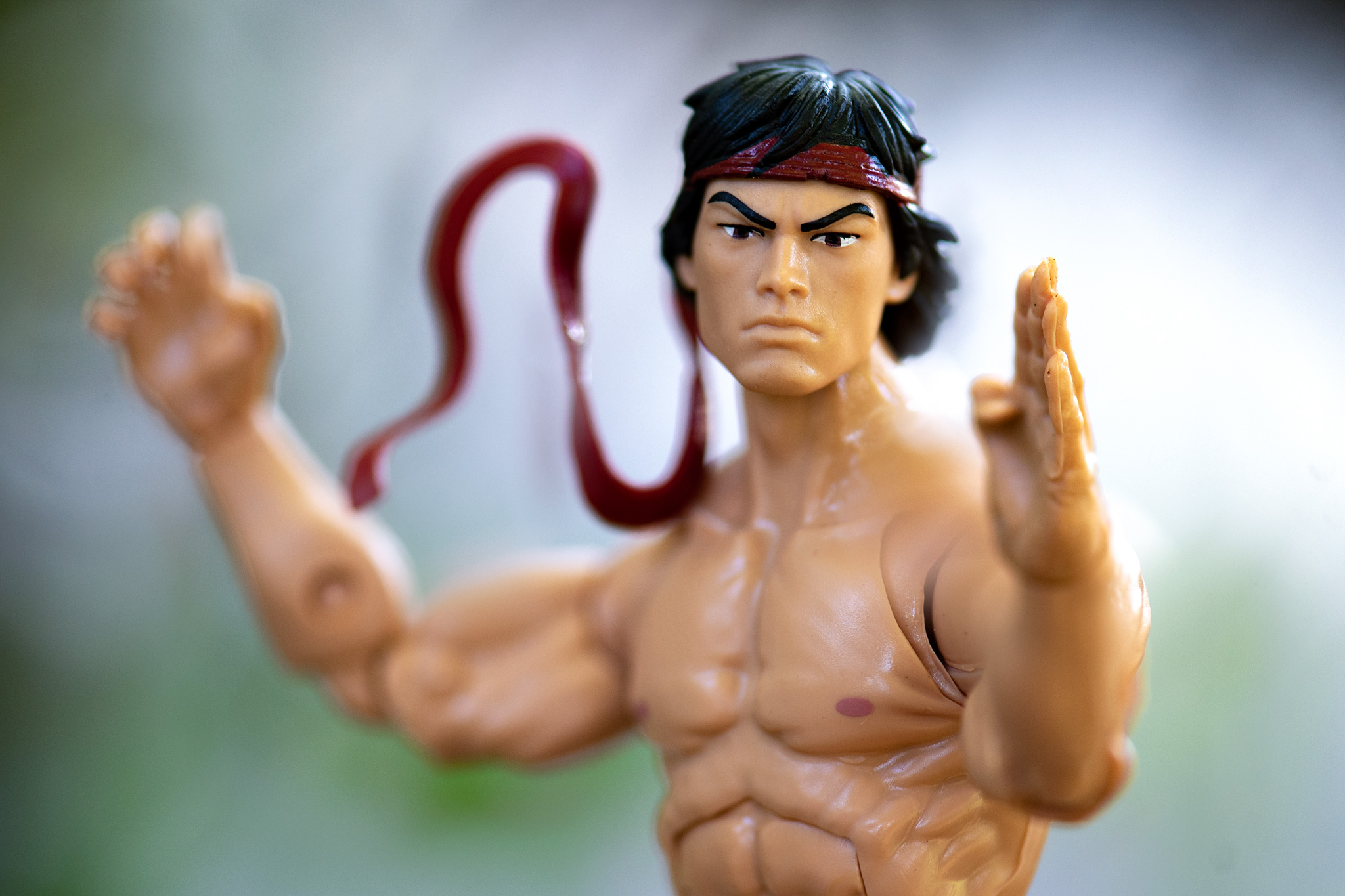 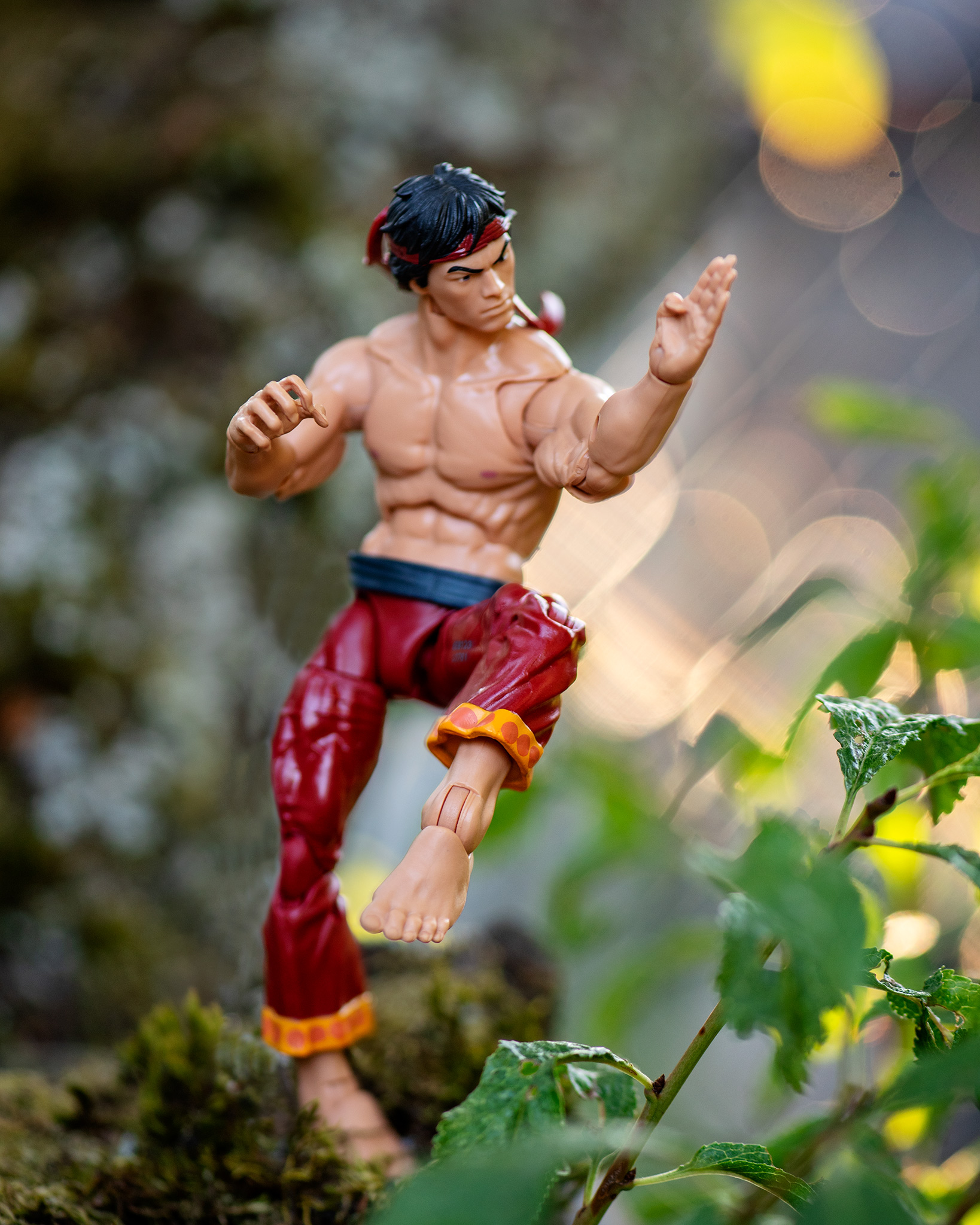 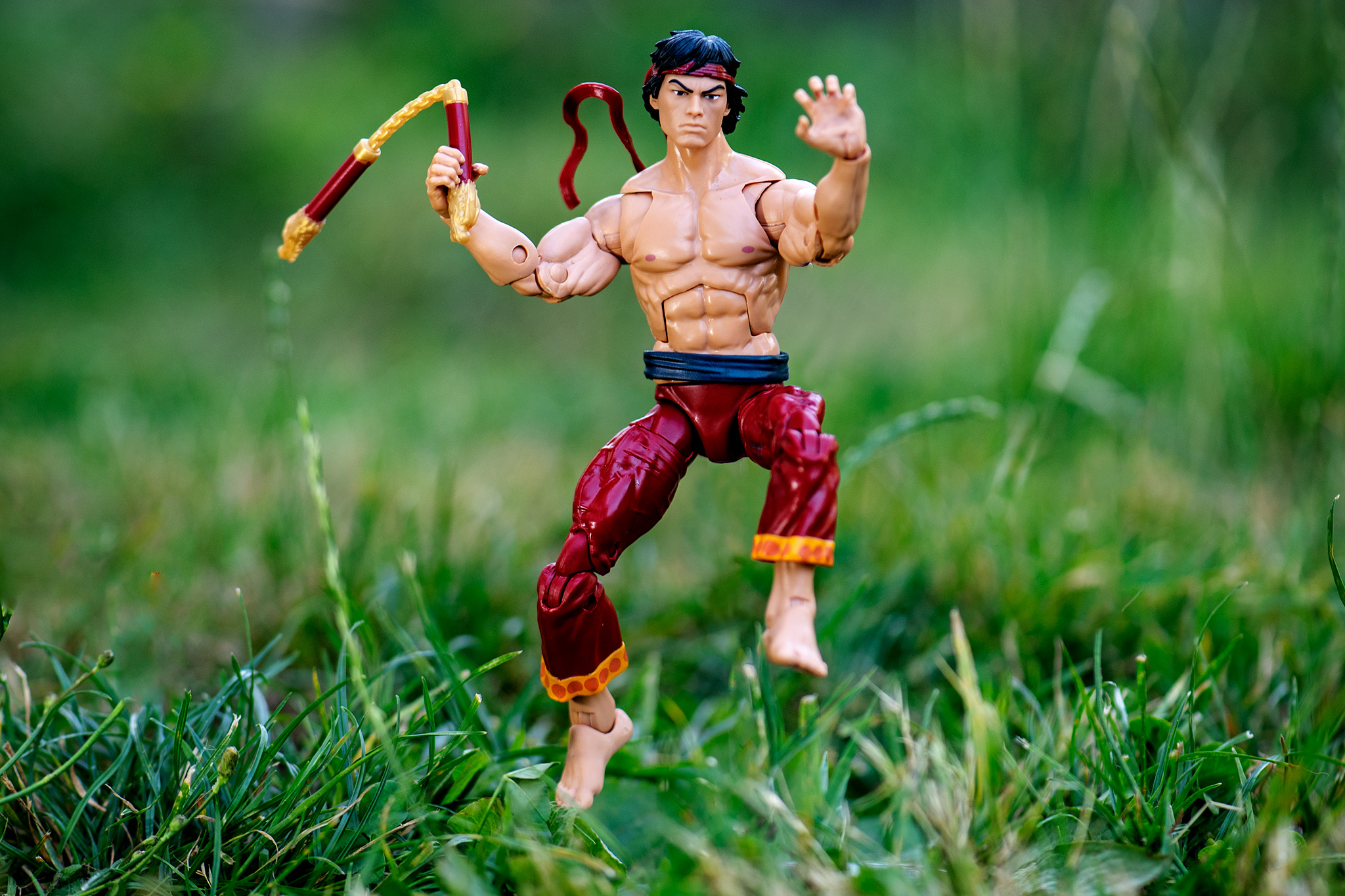 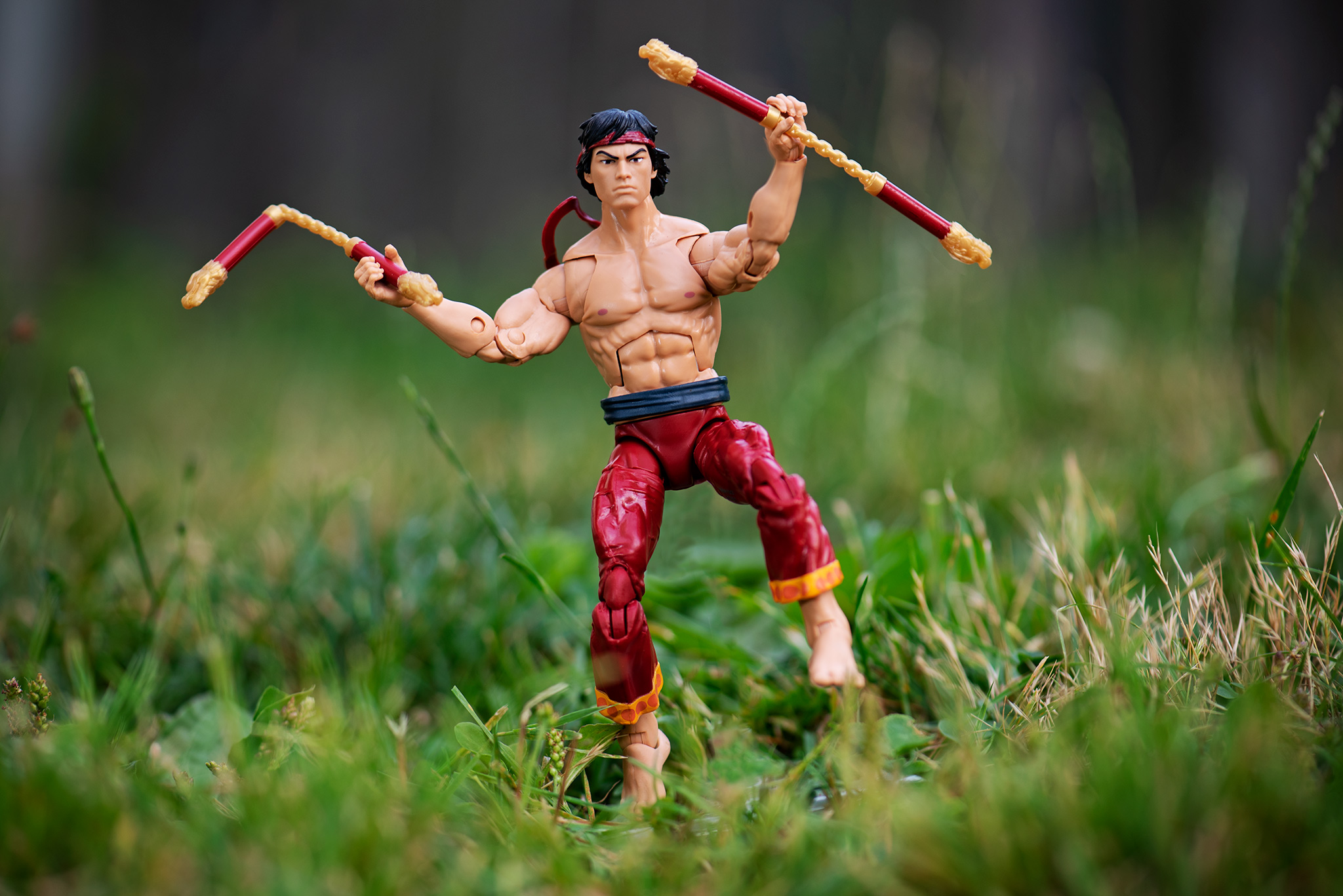 A renowned criminal mastermind sired a child who he raised as his heir to an insidious secret society and named him Shang-Chi, the “rising and advancing of the spirit.” In a hidden, ancient fortress in China, the boy became adept at both a multitude of martial arts and philosophical disciplines, completely unaware of his father’s evil pursuits

As a young man, Shang-Chi found himself tasked by the society to assassinate an old enemy of his father’s, but during the mission came into contact with a venerable British secret agent named Smith. The man illuminated the society’s global criminal activities and in doing so set Shang-Chi on a path to declare war on his own father and everything he stood for.

Shang-Chi’s training instilled not only wisdom in him, but also forged him into a living weapon, a martial arts master without peer in the world. Though proficient in all forms of fighting, he’s become known for his focus on kung fu and his preference to eschew weapons for bare-handed battle. Despite this, Shang-Chi ability with swords, staves, nunchaku, and shuriken is also masterful. Learn More Here

If you want more Shang-Chi in your life the movie Shang-Chi the Legend of the Ten Rings is being filmed right now and is planned to be released in spring 2021.